My favorite posts to get started: The Self-Righteousness Instinct, Sabbath Says, Encounters, Inc., and What Makes "Wolf Hall" so Great?.

Is Your World Small and Nasty, Stupid? 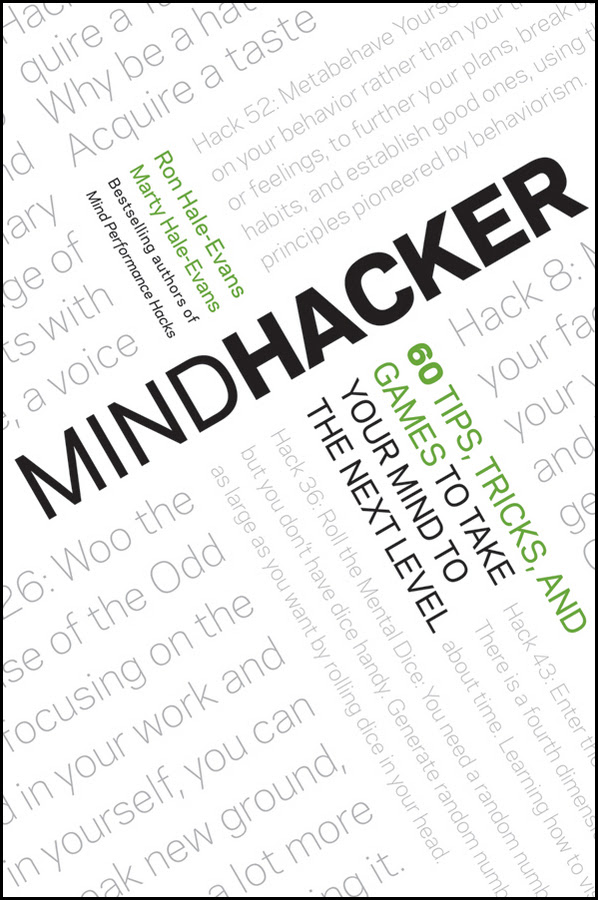 Ron and Marty Hale-Evans have a new book out called Mindhacker. As much use as I got out of their previous book Mind Performance Hacks, the decision to get this one wasn't too difficult. It just came in the mail, so I haven't read it all yet, but the first hack I stopped to read as I was flipping through it, from the back, is so important I can't wait to share.

The hack is called "Take the One-Question IQ Test," and I'll get to the question after some preliminaries. For one thing, conventional wisdom must be dispensed with regarding a couple of matters. The first is that IQ is a fixed feature. In fact, there's pretty solid evidence that people's IQ's can change. It can even change depending on such daily factors as how much sleep you've had. The second common misconception is that the more intelligent you are the more likely you are to be the brooding and moody type.

The authors cite a study called "Is Ignorance Bliss? A Reconsideration of the Folk Wisdom," by Lee Sigelman. The main finding is that high intelligence tends to coincide with low anomia, which in Mindhackers is defined as "a feeling that life sucks and other people are to blame for it, so you're better off without them" (333). And other research has shown the ability to appreciate humor tends to be correlated with several important elements of intelligence.

Now the question, which the authors found in Robert Anton Wilson's essay "Stupidynamics":

Does the world seem to be getting bigger and funnier all the time? If it does, then you're intelligence is steadily increasing.

Does the world seem to be getting smaller and nastier all the time? If so, your stupidity is steadily increasing.

The hack is to use this question (questions) as a "mental thermometer" to guide what you're doing. If you're busy doing something and your answer to the question is smaller and nastier, then you need to do something else--change your behavior. They give lots of advice on what else to do, referring to other hacks. They're fans, for instance, of Cognitive Behavioral Therapy. But the test alone speaks volumes to me--maybe because I so often laugh at something only to have other people look at me like I'm crazy.
Posted by Unknown at 2:25 PM

Whose work are you reading?